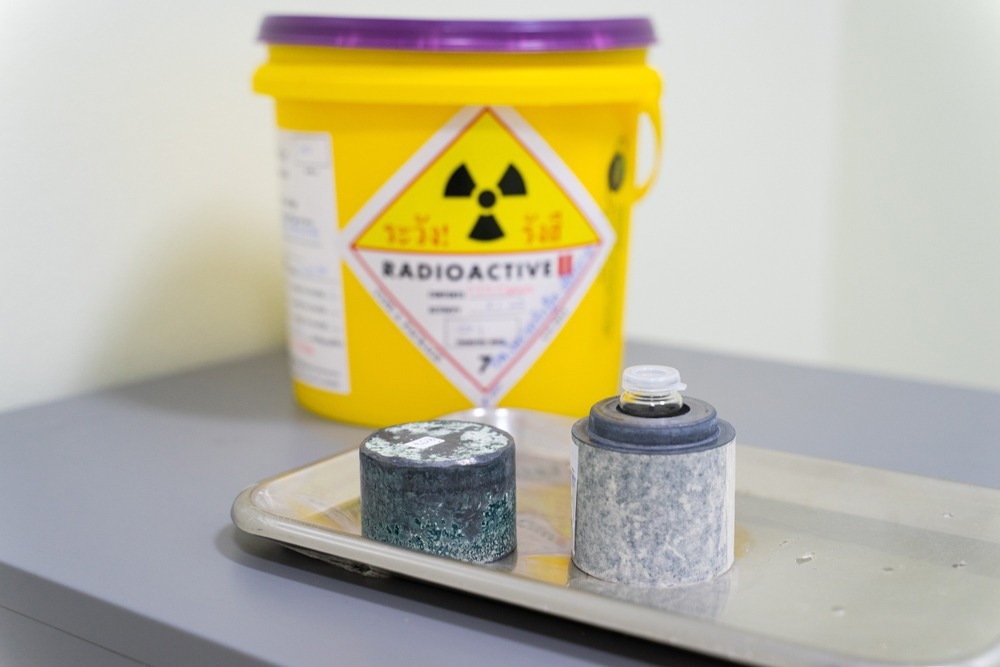 A group of researchers recently published a paper in the journal Polymers that reviewed the recent developments in radiation-shielding concrete (RSC) in terms of its shielding properties.

Concrete has been traditionally used in structures for radioactive storage, X-ray imaging rooms, and nuclear power plants as a shield from harmful radiation. RSC, a composite-based concrete developed in the past few years with heavy natural aggregates such as barites or magnetite, is moldable, economical, and considered to be superior to conventional concrete for shielding harmful radiation.

In this study, researchers comprehensively reviewed the recent trends in RSC, including the alternative materials used in RSC and the durability, mechanical strength, and radiation shielding properties of the concrete. 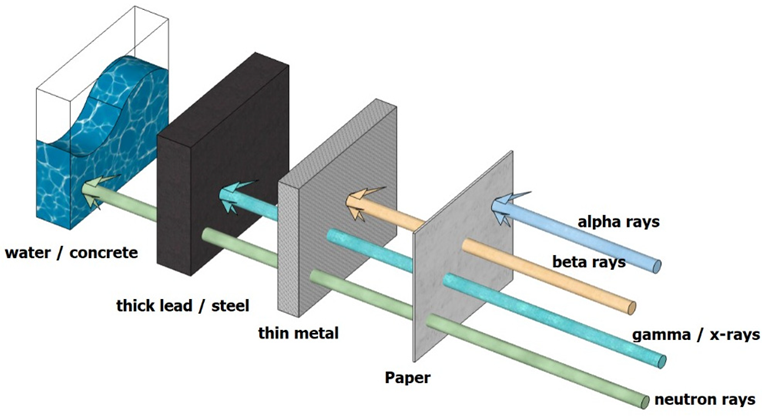 RSC is primarily composed of heavyweight aggregates, cement, and water. The concrete can shield against different radiation owing to its high density and high amount of crystallized water.

The RSC composition is mostly similar to that of conventional concrete, excluding the use of aggregates. Several RSCs that incorporate a heavyweight aggregate to improve the radiation shielding property require less thickness for a containment structure.

Alternative materials, including virgin materials such as nanoparticles and fibers, commercial wastes such as polymers and marble wastes, and industrial wastes such as ferrous slag and silica fume, are used in RSC either as substitutes for aggregate or cement.

Natural heavyweight aggregates, such as magnetite, hematite, and barite, are used to produce high-density RSC concrete with improved shielding properties, while natural aggregates with crystallized water, such as serpentine and colemanite, are utilized in nuclear industries for neutron radiation shielding.

A synthetic aggregate is used to increase the shielding property of the RSC. Mine wastes are investigated as aggregates in RSC owing to their density and the presence of heavy elements. For instance, tin-tailing with a 4000 kg/m3 density and a high percentage of titanium dioxide is beneficial for RSC.

In RSC, cement is typically used as a binder that serves as a binding agent between aggregates. The binder is formed by the reaction between the dry cement powder and water, and the mix ratio between the water and cement defines the water-to-cement ratio, which influences the concrete strength.

Different additives, such as foaming and water-reducing agents, are utilized in RSC for different purposes. The use of additives can improve the neutron and gamma radiation shielding performance of the concrete. For instance, RSC containing tungsten carbide/boron carbide as additives can effectively absorb neutrons due to the presence of carbon. 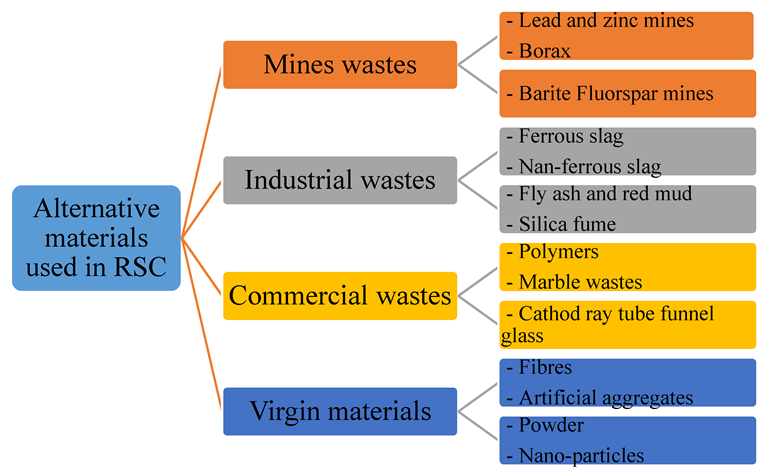 Radiation is often characterized as neutron, gamma, beta, X-ray, and alpha radiation. Among them, beta and alpha particles can be stopped using a thin metal sheet as these particles lose energy while passing through a matter due to collision with the nuclei of the matter.

Gamma and X-ray radiation can penetrate through the matter to a higher degree, with gamma radiation being more intrusive than X-ray radiation. Neutron radiation is also extremely penetrative based on its intensity and energy.

Most of the studies have investigated the RSC performance in terms of neutron and gamma shielding as these types of radiation are more intrusive. The efficiency of the RSC in attenuating neutron and gamma radiation was measured based on the linear attenuation coefficient (µ) value.

Neutrons are primarily uncharged particles released by fissioning atoms, and neutron shielding involves capturing these uncharged particles. Initially, fast-moving neutrons are decelerated through inelastic collision with heavy elements, such as lead, and then their velocity is further reduced through a collision with light elements such as hydrogen.

Studies have demonstrated that the neutron shielding performance of the RSC can be improved by increasing the amount of cement used in the concrete as the chemically-bound water in the cement hydrates containing hydrogen plays a crucial role in slowing down the fast-moving neutrons.

Gamma rays consist of penetrative high-energy beams emitted through radioactive decay. The gamma-ray absorption by a shielding material such as RSC is influenced by the atomic number and density of the material. For instance, the gamma-ray absorption rate increases with the increasing concentration of high-density elements, such as heavyweight minerals and aggregates, in RSC. 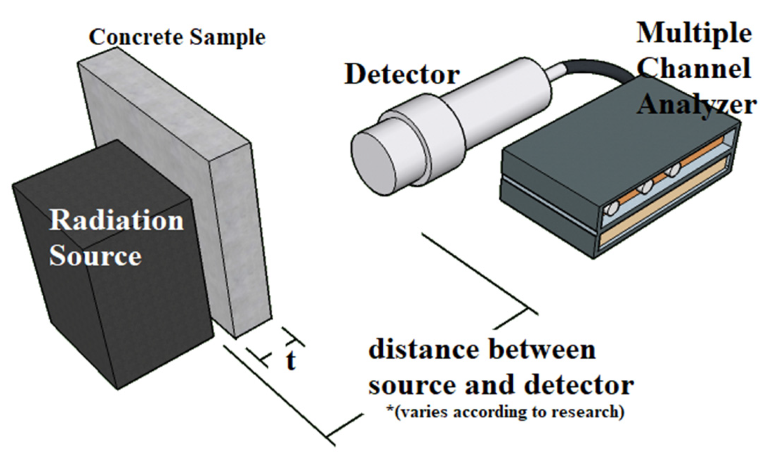 Radiation can substantially influence the chemical structure of shielding materials. For instance, radiation can displace atoms from their equilibrium lattice locations in metals, leading to lattice defects, which cause increased embrittlement.

The mechanical strengths of concrete, such as flexural strength, tensile strength, and compressive strength, define its feasibility as a structural member. These strengths can be affected when the RSC composition is altered to improve the radiation shielding properties of the concrete.

RSC containing natural aggregates displayed the highest compressive strength 218 MPa, and are considered ultra-high-performance concrete (UHPC). The high compressive strength was attributed to fewer pores in the hardened concrete and an extremely low water-to-cement ratio of less than 0.2. 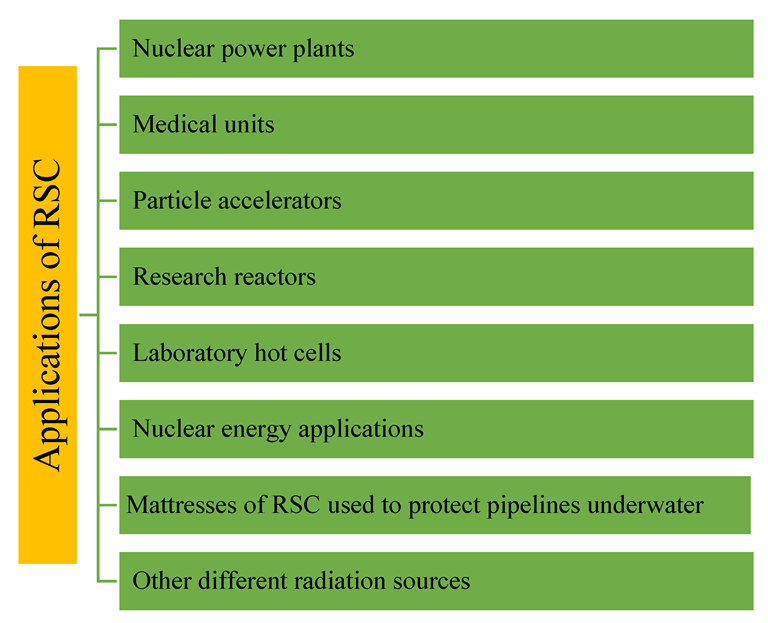 RSC is also used in boiling water reactor buildings, pressurized water reactor shields, for managing the spent nuclear fuel of nuclear power plants, as shielding against electromagnetic waves, and as a “hot cell”, which refers to the area designated for handling irradiated waste or elements. In the healthcare sector, RSC is employed to construct walls for radiotherapy rooms.

To summarize, RSC has emerged as a functional, cost-efficient, and durable material for building radiation shielding infrastructures. However, more research is required to overcome several challenges concerning RSC to improve its performance. For instance, RSC segregates easily when aggregates with high density are used in the concrete, which must be addressed in the future.


Disclaimer: The views expressed here are those of the author expressed in their private capacity and do not necessarily represent the views of AZoM.com Limited T/A AZoNetwork the owner and operator of this website. This disclaimer forms part of the Terms and conditions of use of this website.