‘A big hole in the heart’: Owners reflect on decades of 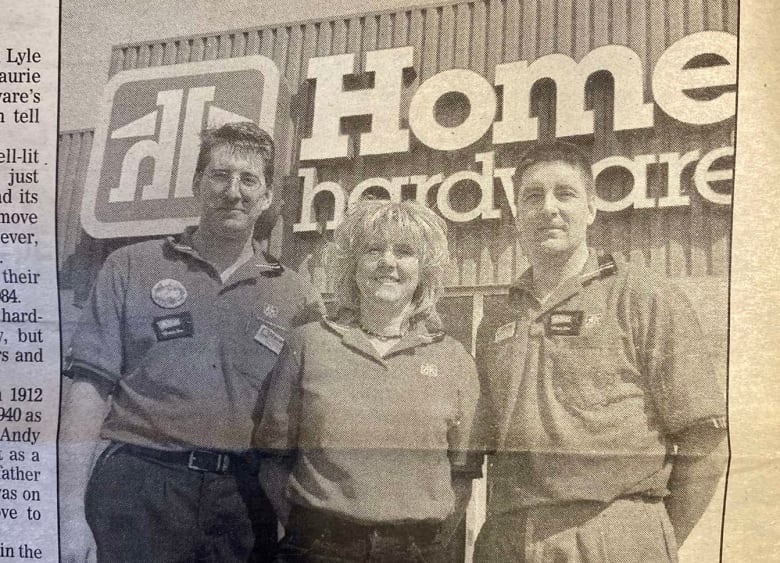 After several moves and generations of family ownership, Regina Home Hardware will be closing its doors in the city’s northwest area for good at the end of the summer.

Andy and Eda Buzash bought the store, formerly known as Regina Hardware Limited, in 1984 when it was on Rose Street. A few years later, they moved it about a block to a location on Broad Street.

When the couple retired in the fall of 2001, three of their children took over the business and relocated one last time to 5660 Rochdale Boulevard. Siblings Laurie Minke and Monte Buzash have managed the store together since then.

Monte says it’s been a dream come true to own and operate the business he grew up immersed in.

“I started working when I was 14 and took the bus downtown,” he remembered, noting his first job was setting up bicycles at the Rose Street location.

Minke joined a few years after that, taking on the bookkeeping — something she’ll continue to do until the store closes.

When asked what it’s been like working with her sibling for much of her life, Minke admitted with a chuckle that they “fight like brother and sister — but, at the end of the day, still love one another.”

Monte nodded, adding he wouldn’t want to carry on the business without Minke, which is why her retirement triggered the closure.

“I didn’t want to take it on by myself. It’s a big endeavour,” he said.

Monte’s daughter, Sydney Buzash, worked at the store, like all of Minke’s children. Sydney said it’s hard to see the family business close, but she’s too young to take it on with her father. She said the end of the era is bittersweet.

“This store is a part of my identity,” she said. “I don’t know if I would be the same person if I hadn’t been here my whole life.”

Tucked away on the edge of Regina’s northwest end lies a family business loved by many. Regina Home Hardware has been a go-to place in the community for nearly 40 years. But this summer, it’s closing. The CBC’s Jessie Anton takes us on one last tour down the aisles.

Linda Pomoty can still remember applying to be a cashier at the Broad Street location decades ago.

“I just phoned down there. Laurie and Monte’s mom and dad were running the place at the time. [Andy] said to come on down for an interview, so I did and I got hired,” she said.

Pomoty went on to work for the business for more than 30 years, continuing to pick up one shift a week post-retirement.

As some made Regina Home Hardware a career, many others used it as a part-time job to pay for their post-secondary education.

With two high schools across the street, the store was a frequent drop-off spot for resumes from students like Meghan Stenson, who applied seven years ago when she was in Grade 10.

Stenson kept working as a cashier, key cutter and paint mixer all throughout nursing school until she graduated this past spring.

“I’ve been here so long that it doesn’t even feel like work anymore,” she said, adding that her coworkers feel more like family.

‘The community was behind this store’

Stenson said the reality of the store’s closure grows more real as fewer items sit on what used to be jam-packed shelves.

“It’s going to be really weird driving down Rochdale and not seeing that big red Home Hardware sign,” she said.

Having shopped at the hardware store since it opened in the northwest 20-plus years ago, she said it’s disappointing to see it leave.

“One of the reasons that we supported it as often as we could was because it was locally owned and we knew the community was behind this store,” Holloway said. “I think it’s going to leave a huge hole in a lot of people’s shopping lists.”

Monte said that, for the Buzash and Minke families, it will be more like “a big hole in the heart.”

“Like the saying goes: all good things come to an end.”

Ardmore neighborhood once more considers life without a post